Stocks Decline Slightly as Investors Ramp Up Their Worries

Well, it wasn't the crazy week we saw last week, as most of the major U.S. indices retreated slightly and closed slightly lower. On the whole, the value names outpaced the growth names, the mega caps outpaced the small caps and the tech names underperformed relative to the larger market stalwarts.

There was a decent amount of economic data received this week, and Wall Street fixated on it in an effort to gauge the Fed's next move and whether a recession might be on the horizon. Half-way through the week, the Commerce Department reported that retail sales excluding the volatile auto segment rose 1.3% in October, significantly above consensus expectations and the biggest gain since May. 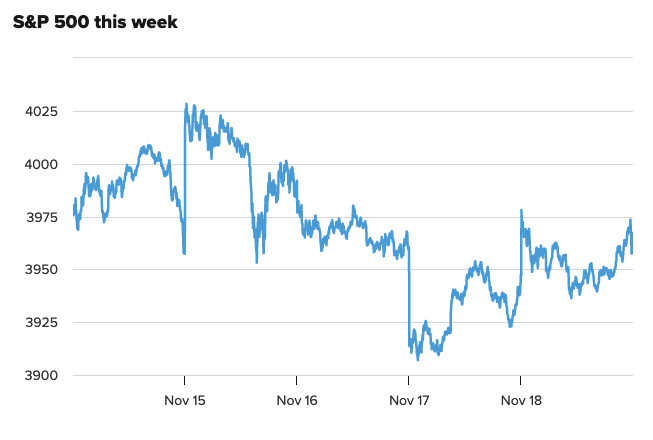 But that report was tempered by confounding earnings reports and news from a few big retailers, specifically Target, which warned about softening discretionary spending. That was made worse by other retailers (the Gap and Old Navy) suggesting that sales of baby clothes were dropping, causing many to suggest that consumers were really struggling – as it's one thing when men's clothing drops but its another when parents cut back on spending for their babies. But then Wal-Mart and Foot Locker reported better than expected earnings, painting a better picture.

While data suggested that the labor market remains strong, a number of big companies started announcing layoffs, including Amazon and Twitter. Jobless claims' data saw 222,000 workers filing for unemployment benefits and that number has remained relatively consistent since Labor Day.

Industrial production fell unexpectedly in October and a gauge of manufacturing activity in the Mid-Atlantic region dropped to its lowest level since early 2020. But much of Wall Street's focus was when Producer Price Index numbers were released, giving hope to the peak-inflation narrative as core (less food and energy) producer prices in October were relatively flat – the first time that has happened in two years.

On Tuesday, the U.S. Bureau of Labor Statistics reported that the Producer Price Index for final demand increased 0.2% in October, below consensus expectations for a 0.4% increase.

Product detail: In October, 60% of the increase in prices for final demand goods is attributable to the index for gasoline, which rose 5.7%. Prices for diesel fuel, fresh and dry vegetables, residential electric power, chicken eggs, and oil field and gas field machinery also advanced. In contrast, the index for passenger cars declined 1.5%.Prices for gas fuels and for processed young chickens also fell. 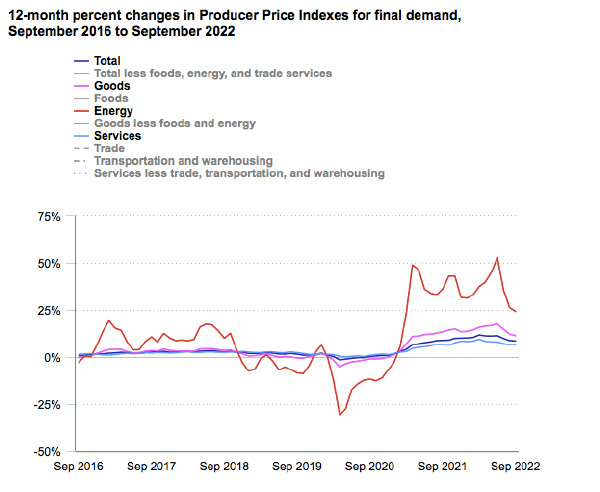 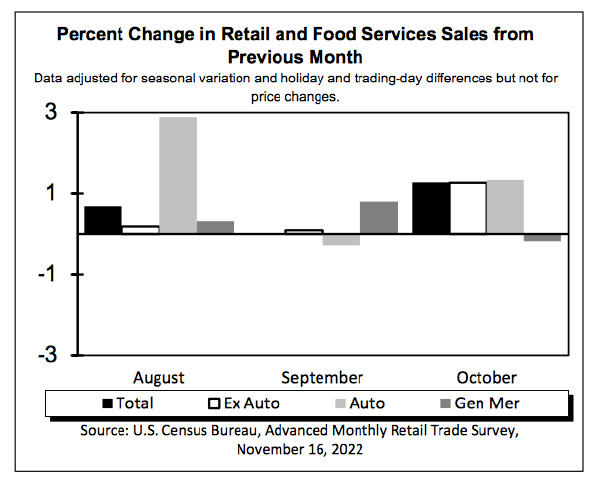