The major U.S. equity indices turned in an exceptional week, as lower-than-expected inflation numbers gave Wall Street hope that maybe inflation has peaked and maybe the Fed will be less hawkish at its next Fed meeting in December.

The first few days of the week were relatively benign, but when CPI data was released Thursday morning, markets jumped to their largest one-day gain since April 2020. Not surprisingly, growth stocks – especially the technology names – led the rally, on the belief that falling yields will benefit future growth.

Glass-half-full investors were celebrating that the Consumer Price Index only rose 0.4% last month, whereas consensus expectations were for a 0.6% rise. But the 12-month number of 7.7% is still stubbornly close to a 40-year high and certainly well above the Fed's target rate. Which is probably why the futures market is assuming that there will be another major fed funds rate hike in December, with Wall Street predicting a 50 basis point hike versus a 75 basis point one. 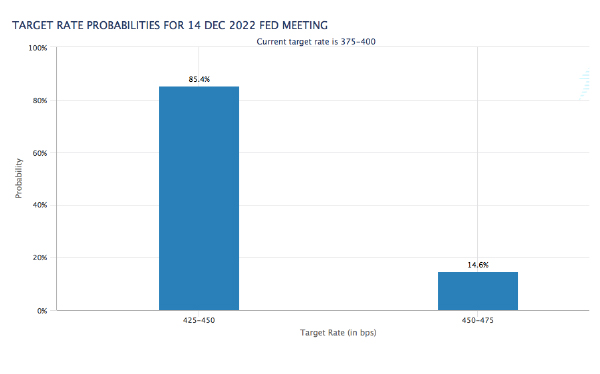 Despite the feeling that the Fed will likely raise rates by 50 basis points in about 30 days, Wall Street (and Main Street) took the wins where possible, including that ;

Glass-half-empty investors, on the other hand, were worried that the cost of shelter continues to rise, jumping 0.8% last month, the biggest increase in over 3 decades.

The Consumer Price Index for All Urban Consumers rose 0.4% in October on a seasonally adjusted basis, the same increase as in September, said the U.S. Bureau of Labor Statistics. Over the last 12 months, the all items index increased 7.7% before seasonal adjustment. 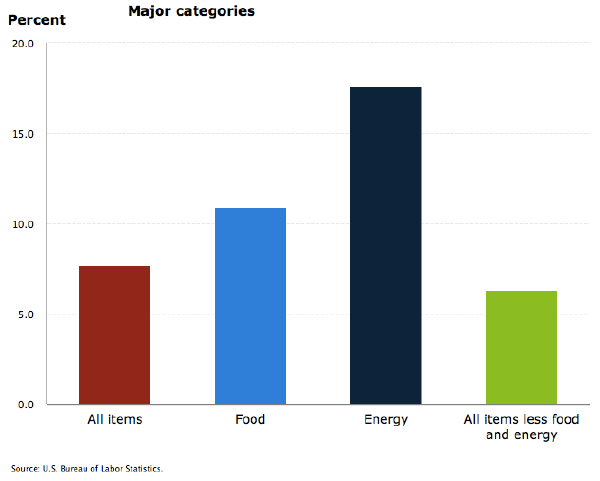 The index for all items less food and energy rose 0.3% in October, after rising 0.6% in September. The indexes for shelter, motor vehicle insurance, recreation, new vehicles, and personal care were among those that increased over the month. Indexes which declined in October included the used cars and trucks, medical care, apparel, and airline fares indexes. 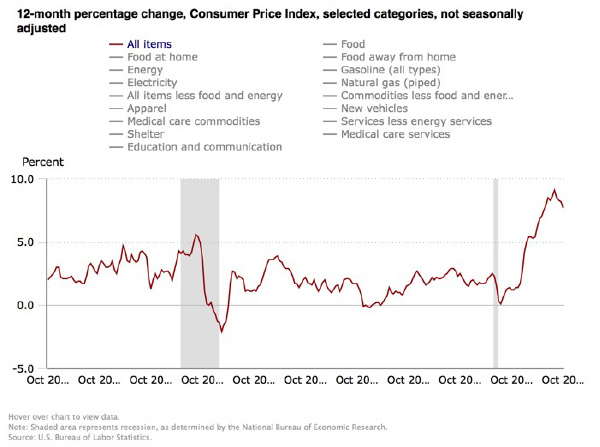 The University of Michigan reported that "consumer sentiment fell about 9% below October, erasing about half of the gains that had been recorded since the historic low in June. All components of the index declined from last month, but buying conditions for durables, which had markedly improved last month, decreased most sharply in November, falling back 21% on the basis of high interest rates as well as continued high prices. Overall, declines in sentiment were observed across the distribution of age, education, income, geography, and political affiliation, showing that the recent improvements in sentiment were tentative. Instability in sentiment is likely to continue, a reflection of uncertainty over both global factors and the eventual outcomes of the election. 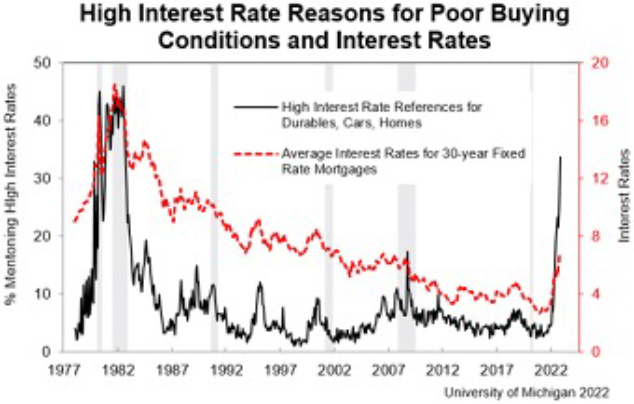 On November 7th, the Fed reported that consumer credit rose by $25.0 billion in September, below the $32.0 billion consensus forecast and at the low end of the range of forecasts. Further::

Consumer Credit Over the Last Year 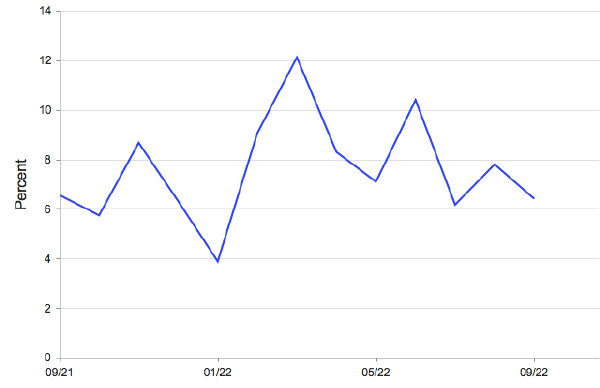