The Fed Does Nothing

18th May 2018 The Fed
Home Articles The Fed Does Nothing

Are we in the Goldilocks Zone?

At their May 2018 meeting, the Federal Open Market Committee – which is the policymaking arm of the Federal Reserve – decided to leave rates alone. Here is exactly what the Fed said in their statement:

"In view of realized and expected labor market conditions and inflation, the Committee decided to maintain the target range for the federal funds rate at 1-1/2 to 1-3/4 percent."

In analyzing the Fed’s complete statement, they seemed to be pleased with the U.S. economy and suggested that inflation was on its target pace. Let’s analyze some more from the Fed:

On the U.S. Economy

"Information received since the Federal Open Market Committee met in March indicates that the labor market has continued to strengthen and that economic activity has been rising at a moderate rate. Job gains have been strong, on average, in recent months, and the unemployment rate has stayed low. Recent data suggest that growth of household spending moderated from its strong fourth-quarter pace, while business fixed investment continued to grow strongly." 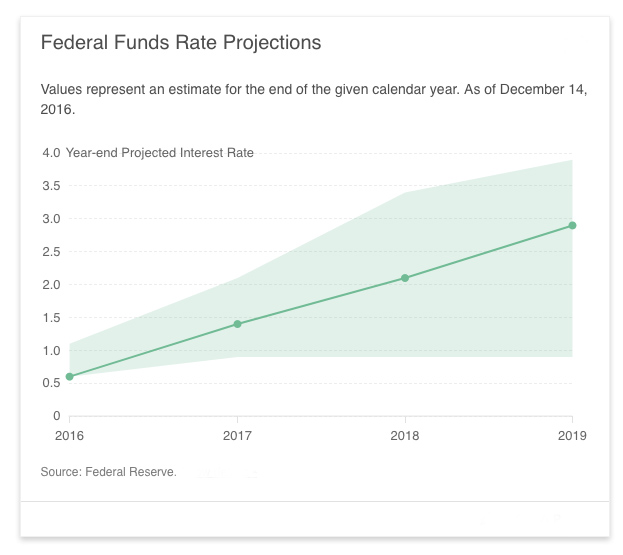 The Fed in Plain English

In plain English, the Fed was stating that it believed the U.S. economy was not too hot and not too cold; inflation was increasing but not too quickly, and that job growth was just right.

That being said, most Fed-watchers anticipate two or three more rate hikes later this year and the Fed has five remaining meetings (June 12-13, July 31-August 1, September 25-26, November 7-8, and December 18-19) left to raise rates (or of course not raise rates).

A 100% Probability of an Increase?

Lost in all the media coverage of the Fed’s decision to not raise rates is the fact that the prediction from the CME Group’s FedWatch tool, which suggests that there is a 100% probability that the Fed will hike its Federal Funds Rate by a quarter percent at the end of its June 13, 2018 meeting, raising the target range to 1.75-2.00%.

And incidentally, this will be the highest it will have been since September 2008, which ironically marks the beginning of the recession that began after the growth cycle that peaked in December 2007.

Final Words from a Financial Planner

With short-term rates likely to rise, investors would be well served by ignoring any predictions about what the Fed may or may not do. Instead, investors should remember that as with all financial decisions, the more we research and plan, the more successful we will be.